Cheating on someone is wrong and really interesting as well. To me it’s simple: you’re not supposed to. You give your word and you’re not supposed to break it. To me, the key is honesty. No one is forcing you to be involved in the relationship; you’re choosing to participate. You could always tell your partner: you know I just want to have sex with other people and that’s what I’m going to do and you should know that before I do that: that’s just the way it is. It’s honest. It’s healthy. It’s understandable. Honesty and communication are the two of the most important things in a relationship.

As someone who’s never cheated, I make it into a moral issue though I don’t think cheaters see it in this way. Here in Buenos Aires cheating is more accepted than in the States. The joke here is that Thursday night you go out with your mistress, Friday with your friends, and Saturday/Sunday with your girlfriend. I don’t think that there is more cheating than in the States but I do think it’s more ok to talk about it. In the States people judge you. Here they judge the relationship. 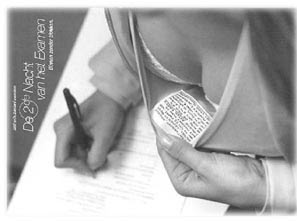 GIRLS CAN BE SNEAKY CHEATERS

Friends of mine cheat. I think it’s really strange to be in a situation where you’re forced to lie. It’s like working in a place you hate but instead of saying anything to your boss (and making things better) you just pretend you like it until you can’t take it anymore. During this time you’re concentrating on looking for other jobs to make sure that you’re financially secure.

Similarly cheating comes from fear and insecurity. Fear of being alone and unwanted so you hang on to what you have.

how people find my blog but… are there bagels?
Scroll to top