Blog - Latest News
You are here: Home / Nathan Livni’s Blog / travel / RSA / back in the burg 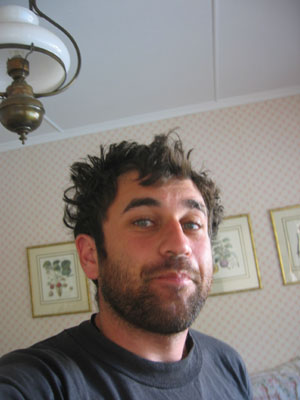 i didn’t shave much in lesotho

i left lesotho on the 4th in a combi taxi (or black taxi as they’re called). the idea is that they cram 15 people into a minivan, luggage and all, and make a 6 hour journey. going to lesotho from durban was fine (cept for the bends paranoia) but returning to joburg was a different story. first of all the taxi was a wreck. second of all everyone was very upset to begin with because the price had been raised from R100 to R110 (from $15.38 to $16.90). At some point a fellow passenger was complaining that we were driving too slowly. Being near the front a decided to check the speedometer, which turned out to read zero because it was broken. Speed was the least of my worries: I got to sit next to the drunk guy. This particular drunk guy was released from prison after a year and a half where he’d been for not having the correct paperwork to be in South Africa and also assaulting a police officer (i gathered). He raved to his captive audience that in his absence his wife had run off with an arab and that he was on a mission to find her. the masutu kid next to me explained that this is a very common thing because most marriages in lesotho are not legally done and many people simply walk away from them (so much for being a last bastion of family values). I promptly turned to the kid on my right and played a 5 hour game of Casino until we finally dropped the guy off at some lonely junction in the middle of nowhere. I am shocked that Casino is such a universal game and it turns out that it is mostly popular in southern africa where each country has its own variations.

so it seems as if i misjudged my flight out of joburg and got back a couple days before i’d planned. however, time seems to fill out quite nicely. i am staying at michael’s house still but i am having lots of family interactions which are excellent. i will miss my family when i go back and you can’t ask for much more than that.

the day after i got back i went to an AWESOME african jazz show. it was a free show in the park and there were thousands and thousands of people. i’ve never been to a free show where literally everyone was dancing (cept me maybe). the attitude here is really different. i figured it was a good time to sit down and write a letter back to the states. first this guy comes up to me and asks what i’m writing, then he reads the letter, then he compliments it and walks off. another two guys do the same thing. people here are really into eachother’s business – that stuff’d never fly in the states.

After that i finally got up the courage to call my grandpa who had apparently been very upset that i hadn’t been around to help him with his autobiography. turns out that he has no work for me to do at all and hasn’t brought up the book once in the last 4 days of hanging out with him. instead he has talked mostly about mental illnesses and then also a lot about biblical theories. he combines them whenever he can.